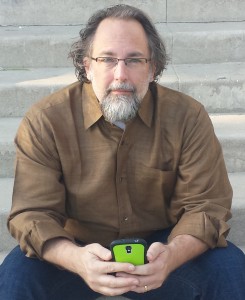 I am Professor and Chair of Political Science at California State University Channel Islands (CI). As an American Political Science Association Congressional Fellow (1993-1994) I worked for the Senate Democratic Leadership in the Democratic Policy Committee—then under co-chairs George Mitchell (ME) and Tom Daschle (SD)—as a health policy analyst. A graduate of Seattle University, I earned my Ph.D. from the University of Colorado, Boulder.

Prior to joining the faculty at CI, I taught at East Carolina University and at Niagara University. I am the author or coauthor of many scholarly articles and three books (co-authored with Scott Frisch): Committee Assignment Politics in the U.S. House of Representatives (University of Oklahoma Press 2006), Jimmy Carter and the Water Wars: Presidential Influence and the Politics of Pork (Cambria Press 2008), and Cheese Factories on the Moon: Why Earmarks are Good for American Democracy (Paradigm Publishers 2011). In addition I am co-editor (with Wayne Steger and J. Mark Wrighton), of Campaigns and Political Marketing (Routledge 2006), with Scott Frisch, Douglas Harris, and David Parker co-editor of Doing Archival Research in Political Science (Cambria Press, 2012), and with Scott Frisch of Politics to the Extreme (Palgrave Macmillan, 2013). With Frank Mackaman of the Dirksen Center, I am co-editor of Leading the Republican House Minority: The Congressional Career of Robert H. Michel (Lawrence: University of Kansas Press, 2019). I am currently at work on a book—again with Scott Frisch—focusing on the congressional appropriations process.

Scott Frisch and I are co-editors of a series entitled Politics, Institutions, and Public Policy in America at Cambria Press. Our book series intended to showcase high-quality research contributions in political science. We believe that political science is relatively theory-rich and data-poor. As a result, we prefer studies that break new empirical ground over studies that solely focus on establishing new theoretical ground. We also believe that political science research has the capacity to address contemporary American politics in a way that is accessible to political professionals. Books in this series draw on the many and varied methodological approaches available for researchers without prejudice, but authors must have the capacity to communicate their methods, findings, and study implications for a broad audience. To discuss your book project contact me at sean.kelly@csuci.edu.